"On October 11, about 175 heritage advocates came together at Junction Craft Brewing in Toronto (the 1930s Symes Road Destructor, brought back to life as a brewery) to celebrate ACO's annual Heritage Awards. It was a record year for the awards, with more nominations and more attendees than ever before, and as always, it was truly inspiring to hear the stories of each nominated and winning project. This year we waited until Awards Night to announce the winners, so the excitement was flowing. It was a challenging year for the jury, as there was a diverse array of excellent projects to consider." 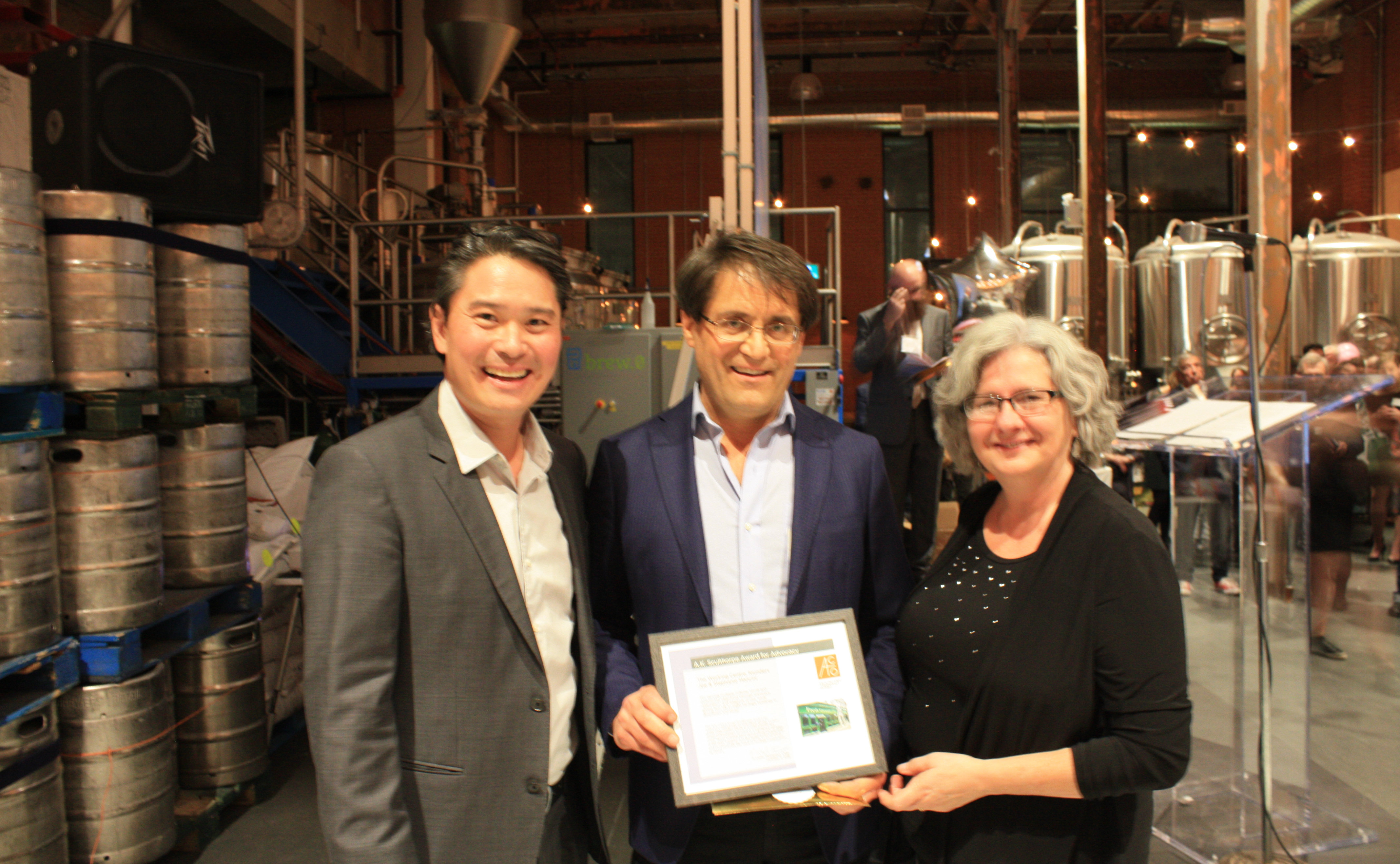 Special Jury Award for Advocacy  awarded to the Tenants of 401 Richmond and Margaret Zeidler, Toronto

Safe Supply Program Referrals
Safer Supply Program Available in Kitchener-Waterloo The Safer Supply Program is an extension of the traditional...
Worth A Second Look is Open Starting July 21!
We are so excited to see you again! As we re-open we continue to follow Public Health guidelines including wearing...
Recycle Cycles is Now Open By Appointment!
We want to share with you the exciting news that Recycle Cycles is re-opening today, Tuesday, July 20th. We are...
June 2021 Issue of Good Work News
The June 2021 issue of Good Work News features articles on... Updates to our University Avenue project Updates to the...
Job Posting: Night Shift Supportive Housing Worker at The Working Centre
Are you someone who is attracted to the philosophy and action of The Working Centre & St. John's Kitchen? We are...
END_OF_DOCUMENT_TOKEN_TO_BE_REPLACED